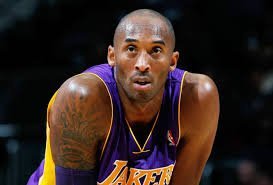 A tweet about the death of Basketball legend Kobe Bryant by Helicopter crash has gone viral on Sunday shortly after reports of Kobe killed by the helicopter crash in California.

The tweet which was sent by a Twitter user identified as Noso on 13th November 2012 has garnered several reactions on social media.

“Kobe is going to end up dying in a helicopter crash,”

Reason for the twitter user’s insensitive tweet in 2012 is not yet known but he has incurred the wrath of netizens shortly after reports of Kobe Bryant’s death via helicopter crash.

The fans lambasted him with the majority telling him to delete the tweet.

He apologized to his users for his ‘insensitive’ 2012 tweet.

The retired NBA star died in a helicopter crash in Calabasas, California earlier on the same day, TMZ reported.

Kobe was travelling with at least three other people in his private helicopter when it went down, the report said.

A helicopter crash in the hills near Calabasas was also confirmed by the Los Angeles Times.

Los Angeles County Sheriffs shared on its official Twitter account that five people were confirmed dead in a helicopter crash in Calabasas, adding that there were “no survivors.” “Investigation ongoing,” it said.