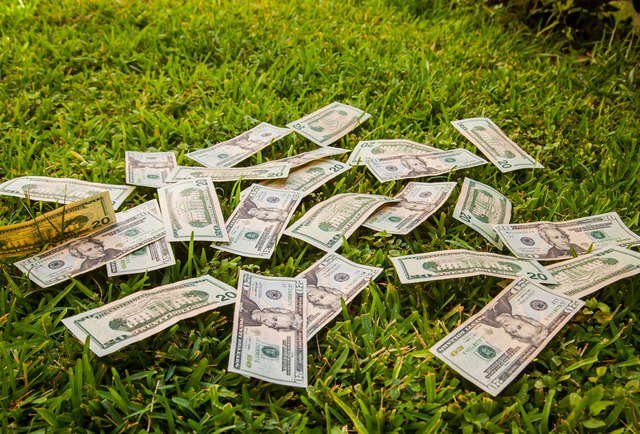 “Fell of the back of a truck” is a friendly euphemism for how stolen goods are occasionally acquired. It implies some amount of good fortune. “Oh, look! These watches are so cheap they must have fallen off the back of a truck.” For a handful of people who might remain nameless and gleeful, they cut out the middle man when they saw their good fortune actually fall off a truck this week.

A cardboard box containing $30,000 in cash fell off the back of a truck, spilling across a Michigan highway, reports the Associated Press. The owner of the box reportedly forgot it was on the bumper of their car and started driving. After the money scattered, traffic came to a standstill, because people were making a dash for the cash.

Only $2,500 was immediately found and returned to the owner. However, the police in Grand Haven, Michigan have put out a request asking people to bring the money back to the owner. And, somewhat surprisingly, people have done just that. The Department of Public Safety wrote on Facebook that a pair of teenagers turned in $630 and another woman brought back nearly $3,900.

“Thank you and way to go,” the Grand Haven Department of Public Safety wrote on Facebook. “We commend you for your honesty!” Hopefully, the people who turned in money they picked up off the side of the road got a hardy high-five for their efforts.