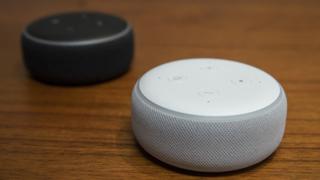 Amazon has pledged to investigate allegations that hundreds of teenagers are working illegal hours at a Chinese factory producing its Echo devices.

A new report by China Labor Watch claims more than 1,500 “interns” were manufacturing the smart assistants at a factory run by supplier Foxconn.

The teenagers, aged between 16 and 18, were reportedly pressured into work 60 hours a week and night shifts.

Foxconn has blamed local managers and vowed to improve monitoring of staff.

The company, which makes products for a number of technology giants, has allegedly fired two senior staff members at the site in Hengyang, Bloomberg reports.

It is the latest in a string of controversies surrounding working conditions at the manufacturer, which is headquartered in Taiwan.

In 2017, it emerged some students were working illegal overtime at another Foxconn facility making Apple iPhone Xs.

What does the report say?
The latest report into Foxconn, first detailed in the Guardian, alleges hundreds of school students have been drafted in from local vocational schools to help fulfil orders.

The report alleges the so-called interns are paid as little as $1.42 (£1.18) an hour, or about $248 (£205) a month, for their time. The teenagers were reportedly expected to work 10 hour shifts, including two hours overtime, six times a week.

China Labor Watch say many students sleep in shared dormitories and face pressure from teachers, who are also recruited, to work hours that violate labour regulation.

Activists also make allegations of physical and verbal abuse by teachers at the site. The intern’s schools are compensated financially for their time, the report adds.

Foxconn Technology Group has defended its use of interns (file photo)
One student, a 17-year-old named as Xiao Fang, was quoted by China Labor Watch describing her role putting protective film over about 3,000 Echo Dot devices a day.

The report says she found working in the “very bright” and “hot” factory very tiring and she did not want to work overtime.

“The teacher went to speak to Xiao Fang and said that if she doesn’t work overtime, she can’t intern at Foxconn and this will affect her graduation and scholarship applications at the school etc,” the report says.

“With no choice, Xiao Fang could only endure this.”

What has the response been?
Amazon, owned by the world’s richest man Jeff Bezos, said in a statement to the BBC it does not tolerate violations to its supplier code of conduct.

“We are urgently investigating these allegations and addressing this with Foxconn at the most senior level,” the statement said. “Additional teams of specialists arrived on-site this wee k to investigate, and we’ve initiated weekly audits of this issue.”

The BBC has approached Foxconn for comment. In a statement to the Guardian newspaper, the company said it had “doubled the oversight and monitoring” of its school programme.

“There have been instances in the past where lax oversight on the part of the local management team has allowed this to happen and, while the impacted interns were paid the additional wages associated with these shifts, this is not acceptable and we have taken immediate steps to ensure it will not be repeated,” they said.