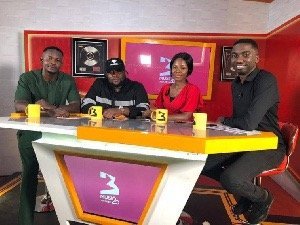 Talent manager and entrepreneur, Angeltown, has called on the organisers of 3Music Awards to introduce award categories or honours for hardworking talent managers.

Commenting on the introduction of talent managers to vote as part of an expanded academy for 3Music Awards 2020 on the awards diaries TV show, Angeltown stated that “Since managers are being involved in helping to decide who eventually wins an award, then its probably high time organisers create categories to celebrate hard-working talent managers”

He specifically cited Stonebwoy’s former manager, Black Sidi who was on the show with him as one that deserves such.