Home Celebrities News Arnold speaks:”I was never intimidated by what Shatta Wale was doing or... 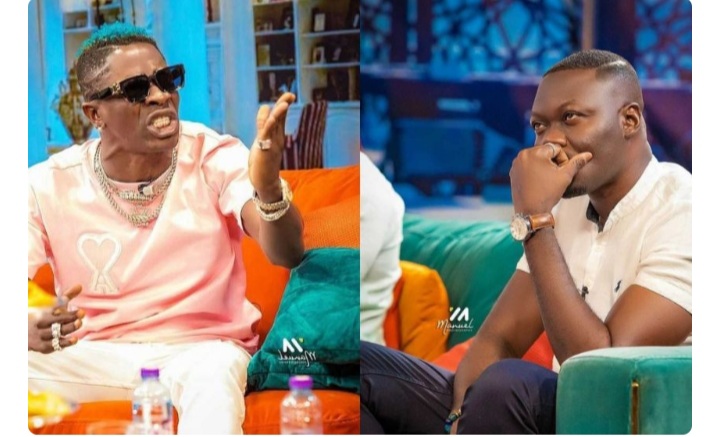 Celebrated Reggae Dancehall artiste Charles Nii Armah Jnr also known as Shatta Wale and Entertainment journalist,Arnold Asamoah Baidoo have been the talk of the town after their brouhaha on live TV last Saturday.

UTV’s United Showbiz hosted by Nana Ama Mcbrown nearly turned into a brawl between Shatta Wale and Arnold Asamoah Baidoo due to misunderstanding in the topic of discussion on the show.

Shatta Wale who angrily asked Arnold Asamoah Baidoo to retract certain statement he made about him earlier before the show and on the show and also apologise to him with which Arnold refused and was firm with his points.

After long talks and public criticisms, Arnold stated on HitzFM Day Break Hitz show with Andy Dosty that he was not perturbed or intimidated by what Shatta Wale was doing or said about him.

Arnold mentioned that he knew Shatta Wale will come at him during the show and he was ready for him and was also ready to state his points clearly and refuted that his shoes is not GHS2.50p