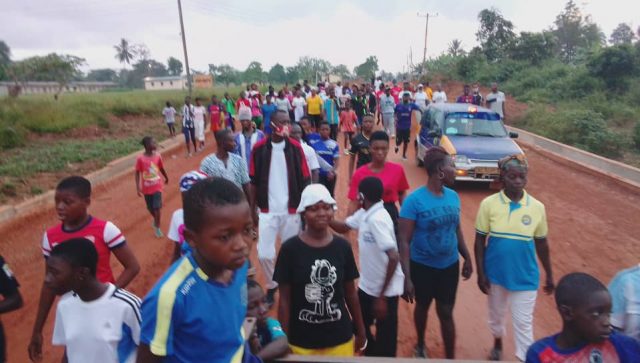 Awuronsua Youth Interest Movement is an organisation formed in April by students from Awuronsua, a village in the Atiwa East in the eastern region organise a free health screening for the people in the village. The Group established during the covid-19 period educated the people in the village about the preventive measures on covid in 8 different local languages. The group extended its education by volunteering for the Atiwa Health Directorate and the Atiwa District Assembly and visited all the towns in Atiwa East( Anyinam, Asamang, Akutuase, Kedewaso, Ankaase among others).

On October 2, the group organized the first ever conference in the village for JHS leavers dubbed ‘After School, What Next’ at the premises of the Presbyterian Church In Awuronsua with invited guest from USA. 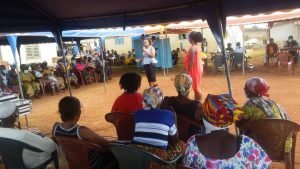 AIM FREE Health Screening was organised by the association for the town because of the several health complains of the people. The Group partnered partnered with the Atiwa East Health Directorate to organize this program. Health Personnel from the health directorate, Enyirisi Government Hospital, Jejeti Clinic and Awuronsua CHPS Compound were present to screen and also offer general health care. Some of the disease screened include (Malaria, HIV, Diabetes, Hepatitis, Eye, nose, throat among others).

The program started with a health walk which started at exactly 5am from Awuronsua Town to Akutuase Town and back to Awuronsua Town. The screening also started from 8am to 6pm.

The Group has the motto of living tomorrow today. Screening the people today for a healthy life tomorrow.

Joe Biden, 78 becomes next president of the United States.