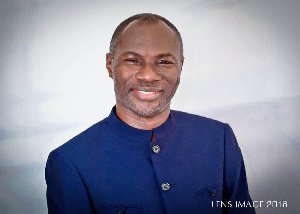 Prophet Emmanuel Badu Kobi, the founder and General Overseer of Glorious Wave International has finally reacted to the alleged sex tape of his daughter going viral on social media.

According to Badu Kobi, people are fabricating lies about himself and his family because of the hatred they have for him since he tried to teach them about their cultural evils.

Badu Kobi claims that his daughter is not called Anita as speculated and the name of the church mentioned has nothing to do with him.

He expressed shock about the false news and added that people are using the issue to make names and money for themselves.

He also revealed that it is never true that his wife, Mama Gloria has left his house and has asked for divorce as being speculated in the media.

Ghpage.com checks found out it was the daughter of a different Kobi who is called Prophet Stephen Kobi. He is the head pastor of King’s Embassy Church in the Bono region.