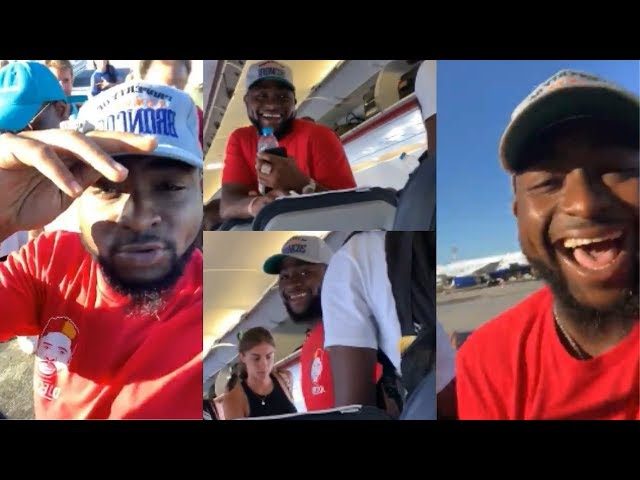 – In a video clip, the singer can be heard laughing hard as himself and his crew members went on-board the airplane and located their seats in economy

– According to reports, this will be the first time Davido will fly economy as he is always about in his private jet

Nigerian singer Davido is one celebrity who knows how to live and talk the billionaire lifestyle he has acquired over the years. Being born into a wealthy family has made the singer live an extravagant lifestyle since he was a kid. It’s no wonder flying economy is a huge joke to him.

Recently, the singer shared a short clip in which he was laughing about having to fly economy. He was seen laughing at his crew members as they all went on-board and tried to locate their seats on the airplane.

However, everyone knows that the OBO and his crew members had good reason to be flying economy and will be back in their private jet sooner than later. At least, it was quite the experience for the crew who are now used to owning the skies as opposed to sharing air space with other regular people.