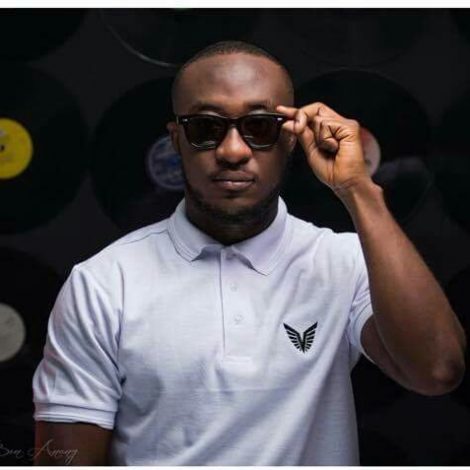 Award-winning Disc Jockey,Kofi Amoako better known as DJ Vyrusky has disclosed how he struggled to make it to this peck of being a household name in Ghana and other country.

DJ Vyrusky in an interview on Hitzfm,stated that people didn’t get to see all his struggles when he was a budding DJ forcing to make a career for himself.

They only saw him to be a ‘Dada Bee’ who made his was in the music industry with no struggles. DJ Vyrusky added that all the times he was playing shows on little platforms with Mzvee were all not recognized.

I made my name from the shows I played in the Republic Hall,Epilogo, Sunyani,Tamale and also international when I was learning to be part of the hits in the industry. He said.

Adding to this he stated that he refused various offera from companies after tertiary therefore his parents were looking up to him to make it in life with career he has chose for himself as a DJ.

“I also looked up to DJ Black not be better than him but to reach the level he has reached with the number of hits to produced with various artistes” DJ Vyrusky added.

Furthermore, Vyrusky mentioned that his hustle all that while was not only about making money but also to work for Echo House Media to reach the top in entertainment.