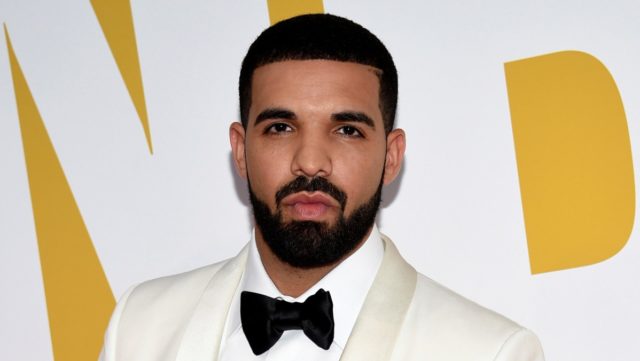 This article will inform you everything you need to know about Aubrey Drake Graham, also known professionally as Drake. Drake is a Canadian rapper, singer, and songwriter, who has emerged as one of the best rappers in recent times.

Aubrey Drake Graham is a rapper and musician from Canada (Toronto, Ontario) who was born on October 24, 1986. Drake, a significant personality in modern popular music, is credited with making singing and R&B influences more common in hip-hop.

He rose to fame playing the role of Jimmy Brooks in the CTV adolescent drama Degrassi: The Next Generation (2001–2008).

He then sought a career in music, releasing his debut mixtape Room for Improvement in 2006. His mixtapes Comeback Season (2007) and So Far Gone (2009) were released before he joined Young Money Entertainment.

On October 24, 1986, Aubrey Drake Graham Way was born. He is 36 years old as of the time this article was written.

On October 24, 1986, Aubrey Drake Graham was born. He is the only child of a lively white Jewish educator mother, Sandi Graham, and an African-American musician father, Dennis Graham, who resides in Memphis, Tennessee.

Aubrey was brought up in Toronto’s predominately Jewish Forest Hill neighborhood. He was a special child who seemed quite at ease in the spotlight and loved to entertain, she recalled “even though he “was irritable.”

According to Sandi, who spoke to Degrassi Unscripted, “we always sensed there was something extremely strange about this youngster. “ When I would bring home my nursery rhymes and play the piano, Aubrey, then three years old, would take the words and change them. Then I learned that other children simply did not behave that way”.

Drake’s parents divorced when he was just five years old, and since he was raised by his single mother as the only kid, Sandi tried to keep him occupied to simulate parental support.

As a young adult, Drake thought back on his mother’s effective tactics for raising an only child while keeping him feeling involved, concentrated, and productive: “My mom signed me up for dance classes, and piano lessons. She was trying to do anything to keep me occupied.

Her main objective was to keep me from being aimless, just wandering the streets. She signed me up for hockey, basketball, music, and dancing.

I tried piano, I tried guitar and I couldn’t stick with anything — until acting became my main focus.”  Drake temporarily attended Vaughan Road Academy before transferring to Forest Hill Collegiate Institute.

Drake was introduced to an acting agent by a high school friend’s father when he was 15 and ready to start his acting career.  Drake’s part was discovered by the agency for the Canadian teen show Degrassi: The Next Generation. Drake played Jimmy Brooks, a basketball star who suffered physical disabilities as a result of being shot by a classmate, in the movie.

Graham released “Aubrey” in 2006, at which point he transformed into the rapper known as Drake. Drake has numerous albums; Drake rose to the top of hip hop with the release of his first three albums, Thank Me Later (2010), Take Care (2011), and Nothing Was the Same (2013). His fourth album, Views (2016), incorporated dancehall influences and featured the chart-topping lead single “One Dance.”

It was the first male artist’s album to top the Billboard 200 list for 13 consecutive weeks in over ten years. The Billboard Hot 100 number-one singles “God’s Plan,” “Nice for What,” and “In My Feelings” were included on Drake’s double album Scorpion, which was released in 2018.

Rapper and musician Drake has had a strong sense of place throughout his career, particularly in his native Toronto, Canada. However, after the publication of his 2017 playlist project More Life, Drake’s music started to show influences from other countries.

In 2018, Drake scored yet another milestone: He was RIAA’s new top certified digital singles artist, having moved 142 million digital singles. By 2021, Drake had received 47 Grammy nominations and had won four of them.

At the 2017 Billboard Music Awards, Drake accumulated 13 awards. He broke Adele’s unparalleled record of 12 wins at the Billboard Music Awards. Drake’s fourth album, Views, has been enormously successful; a corollary of his Views album is the fact that IFPI named him the world’s best-selling recording artist of 2016.

Drake, producer 40, and Oliver El-Khatib established the Canadian record company OVO Sound in 2012, with its headquarters in Toronto.

Drake revealed in December 2013 that he has signed with Nike and Air Jordan. According to Billboard  “Today also happens to be one of the best days of my life,” he said. “You know, growing up, I’m sure we all idolized this guy – he goes by the name of Michael Jordan. So today, I came to Portland, Oregon and I officially became inducted into the Team Jordan family.” Drake announced Nocta, a sub-label with Nike, in December 2020.

Drake has a son who was born on October 11, 2017, the mother of the child is a French painter and former model Sophie Brussaux. Between 2009 and 2016, Rihanna and Canadian musician Drake were recognized for their on-and-off relationship.

During this time, they collaborated on a number of songs, including “Work,” “Take Care,” and “What’s My Name.” Despite the fact that Rihanna moved on, Drake has always been in awe of the “Umbrella” singer and has even referred to her as his “ultimate fantasy.” Sadly, Rihanna never felt the same way about him.

Drake has a $260 million net worth as of 2022. Aubrey Drake Graham is one of the rare non-American rappers who have elevated the bar for hip-hop. He is among the top richest rappers in the world.

How much is Drake’s net worth?

Did Drake get married?

Drake is not married, but has a son who was born on October 11, 2017, the mother of the child is a French painter and former model Sophie Brussaux.

Is Drake still in love with Rihanna?

Despite the fact that Rihanna moved on, Drake has always been in awe of the “Umbrella” singer and has even referred to her as his “ultimate fantasy.” Sadly, Rihanna never felt the same way about him.

In this article, we highlighted the biography of Aubrey Drake Graham, better known by his stage as Drake.