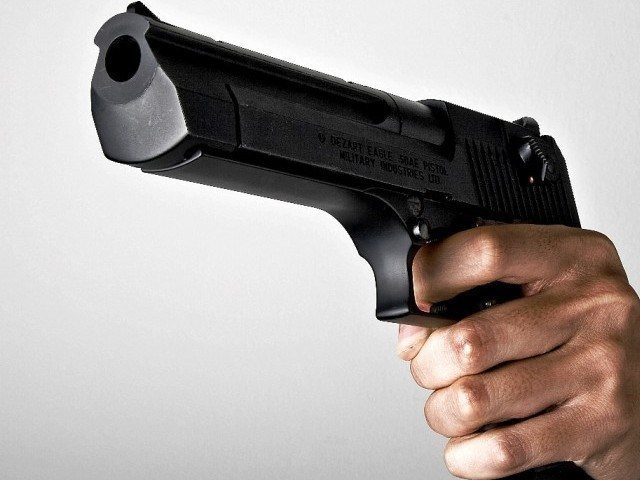 An unidentified gunman has shot to death an educationist, Donatus Kuma at Anaji Queen of Peace in Takoradi in the Western Region.

The incident occurred around 3am on Saturday dawn in what some suspect to be a case of armed robbery since about three other houses in the neighborhood had also been robbed.

The deceased, who is a former Western Regional Coordinator for the Integrated Community Center for Employable Skills was shot in the upper chest according to reports.

Landlady who was in the house when the incident happened said she heard a sound of gunshot and a scuffle from the victim’s room.

Narrating the incident to Citi TV’s Akwasi Agyei Anim she said, “around 2am this morning, there was a gunshot in the house but I heard some struggling so I thought it was a fight and I wanted to go out but one of my children called me back…Later I heard that their [the victim’s] metal door had been opened. As soon as I came out, I met the man’s son and he said armed robbers had shot the man.”

She added that the victim was rushed to the Effia Nkwanta Hospital for treatment.

“I called the police [emergency number] and reported the case. The Police then called me from Sekondi and said they got a message from Effia Nkwanta Hospital that there is a man with gunshot wounds that was brought but he is dead… The police came here around 4am.”

Assemblyman for the area, John Davies said such incident was very rare in the area although there have in the past been cases of break-ins.

He said the development is a “wake-up call” for the community to strengthen its private security.

Mr. Davies said he will collaborate with the police to ensure that a neighborhood watchdog committee is put in place to tackle such crimes.

John Davis, assemblyman for Anaji Queen of Peace said “I am surprised because security within this enclave has been calm although there have previously been incidents of break-ins but not to the extent of shooting somebody.

It is very unfortunate but I believe it is a wake-up call for all of us as residents to come together to strengthen our private security.”

The Western Regional Police Command has already commenced investigations into the matter.