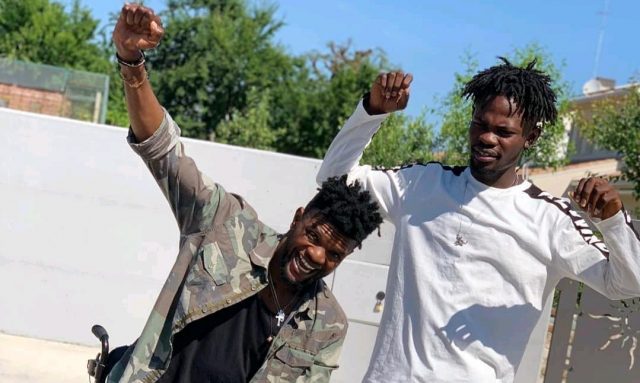 Ogidi Brown who is the CEO of OGB Music has revealed that Fameye claims he can no longer work with his record label after his song became a hit and amassed fame.

OGB boss in an interview with Zionfelix disclosed that Fameye is claiming there are some terms in the contracts which does not favour him and will like the contract to be terminated.

He indicated that although they have not gone through the legalities of terminating their contract with him, the ‘nothing I get ‘ hitmaker has decided to do things on his own.

Ogidi Brown expressed his disappointment at how Fameye has changed names on his Instagram page and has added the contact of his friend who now works on deals for him when he is still under the record label.

He noted that Fameye has become arrogant after his song ‘Nothing I get’ became a hit and started misbehaving towards his management.

Ogidi Brown disclosed that he sometimes regrets that he invested in the craft of Fameye and he least expected that he could pay him back in such a manner.

In the video, Fameye fought the manager and even tried to slap him over a heated argument about money.

The manager of Fameye, Ogidi Brown was quizzing the singer over money he took from his Europe tour on his management’s behalf without informing them.

The singer got infuriated after he was questioned about the money and was heard screaming at his manager.

Although Fameye apologized after the incident it is evident that all is not well between the singer and his management team.

In a recent interview with Zylofon Music, Ogidi Brown threatened to sue event promoters or anyone who engages the services of Fameye directly without contacting the management.