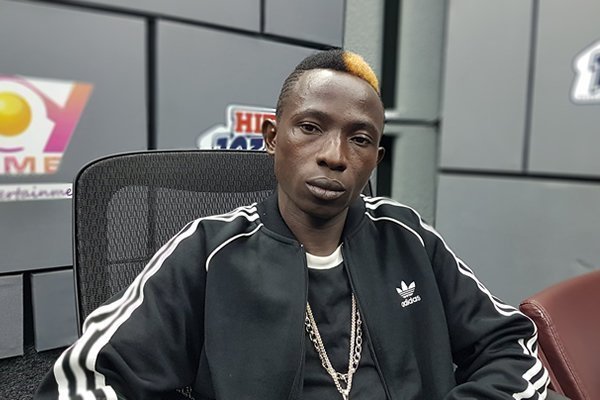 In the past few weeks, social media has been flooded with videos of some music enthusiasts attempting to deliver the verse Patapaa laid on Daavi Neba.

This trend has been termed as the Skopatumana Challenge. Skopatumana is one of the words Patapaa is heard using in his verse on the song.

Though others are struggling to get the lyrics right, others have perfected it but it seems the originator himself is finding it difficult to remember the gibberish rap line he wrote or maybe it was just a freestyle because when he appeared on stage, during a concert at Ashaman, Patapaa did not deliver the lyrics as fans expected.

In a video sighted on social media, Patapeezy is only heard repeating only two lines from the viral “skopatomana” verse which has been trending on Twitter for four days nonstop.

We can’t tell if Patapaa actually forgot his own lyrics or not because he has also announced that he is releasing a new song based on the viral verse and this could be lines from the new one.