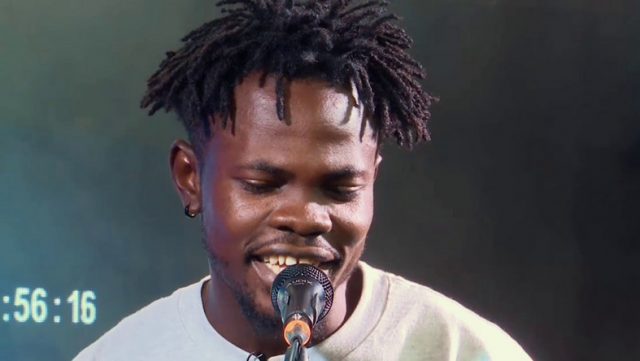 Making the list of Ghanaian musicians of the moment can’t be left out Fameye who’s well known for the hit song titled “Nothing I Get”.

Fameye from nowhere has taken over the Ghana music industry and it’s no surprise that people are yearning to know more about him.

The sensational Ghanaian singer and rapper have shared a sad life story revealing how he lost his parents when he was just a year old; the reason why a lot of passion and emotions are felt in his songs.

In a recent interview, the ”Nothing I Get” hitmaker sharing the major inspiration behind his craft which left most people in tears revealed that he has never seen his biological parents before because he lost them just when he was about turn 2.

He added that most of the songs he put out there are inspired by his dad and mum, who both died when he was just age one and as such, the pain and sorrow he feels is what normally translates into the sort of passion people hear in his songs.

Speaking in Twi, the singer said, “I have never seen my parents. I was one-year-old when they passed away so my grandmother brought me up. My parents inspire me a lot. I loved King Ayisoba’s style, I followed him too and he motivated me. I am not married but I would when the time is right,”