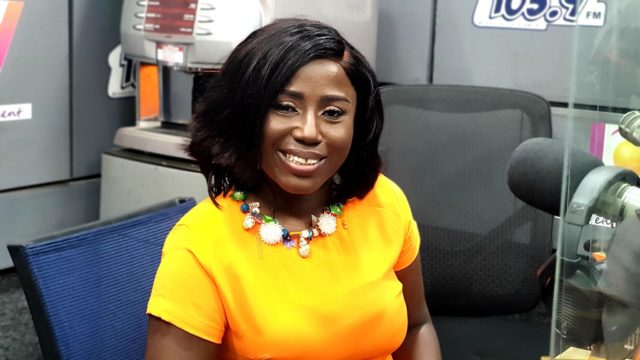 Newly crowned Artiste of the Year at the Ghana Music Awards,Diana Hamilton has expressed her excitement and expectations on winning and bagging four awards home.

The gospel singer showed her appreciation to her team, family and fans for their support throughout her work in producing good music and eventually winning the utmost award of the night.

Speaking on HitzFM Day Break Hitz show with Andy Dosty, Diana Hamilton spoke about her wins at the award and stated that all of the awards won were well deserving because she worked for it.

Diana Hamilton added that she was however surprised that her song Adom won the most popular song because the category had a tight competition but it doesn’t mean she didn’t deserve it.

I knew Adom would win the Most Popular Song of the Year. Adom was the song. It’s not like it didn’t deserve it or anything. However, I was surprised Adom won that category. She said.

The Most Popular Song of the Year category consisted of songs like Enjoyment and Say Cheese by KiDi,Open Gate by Kuami Eugene, Ataa Adwoa, Happy Day,Sore,Ekorso,Forever and many others.

Celebritiesvibe.com say congratulations to Diana Hamilton and wish her more success in her journey.