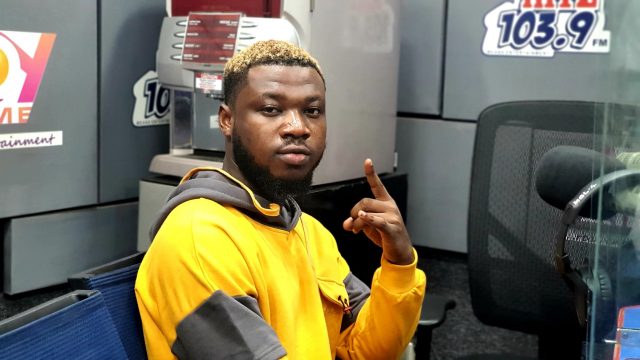 Fast rising hip hop ariste and Drill music rapper Phaize GH has disclosed his upcoming project with respect to his musical career and how far to push it.

The young rapper lately has been one of the new artists who have been making the headlines with their good music,craft and style.

Speaking on GHone TV’s Rhythms live show with Aaron,the “Turn Up” hitmaker revealed his plans for this year and the people he is working with to produce good music for his fans and music lovers.

Phaize GH disclosed that he is going to surprise fans with a new feature with one of the top notch acts in the country now and also working on an EP which will be released soon.

The EP which he kept it title untold is a eight track list masterpiece which is going to be mind blowing and for that matter fans should anticipate.

Phaize GH is one of the young acts who through hardwork and good music has been featured on tracks of the big men in the industry i.e the likes of Shatta Wale,Flowking Stone and Zion Felix.

Phaize GH is currently promoting his new single dubbed “Asakaa”. A masterpiece made of the drill music to push the new twi drill in the country now.