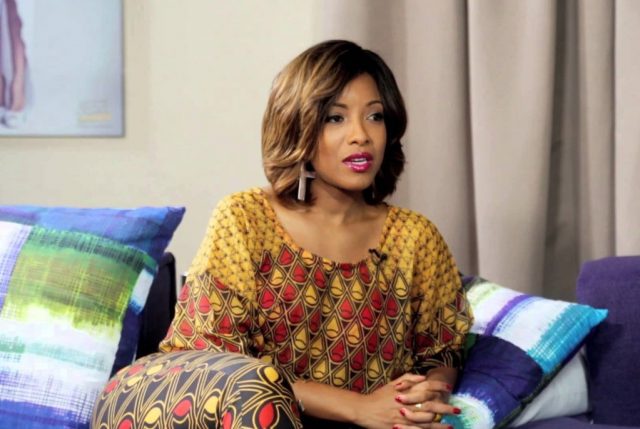 Ghanaian actress and TV personality, Joselyn Dumas intrudes in Parliament’s brouhaha few hours ago on their journey to inaugurating the 8th Parliament and election of the Speaker of Parliament for the state.

Not long ago the law makers of the Republic of Ghana engaged in a fist fight between the NPP and NDC in their journey to electing the next Speaker of Parliament for the 8th Parliament.

From videos and images circulating on social media,both parties were seen quarreling and throwing punches to and fro to each other dues to misunderstanding on how to vote,who to vote and how the collation of the election results were done.

As Joselyn Dumas intrudes in Parliament’s brouhaha,she stated on social media how disappointed she is in our parliamentary candidates for dragging the country’s legislative council to the mud. 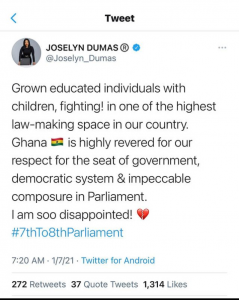 “Grown educated individuals with children,fighting! In the highest law-making space of our country. Ghana???????? is highly revered for the seat of government,democratic & impeccable composure in Parliament. I’m soo disappointed”????