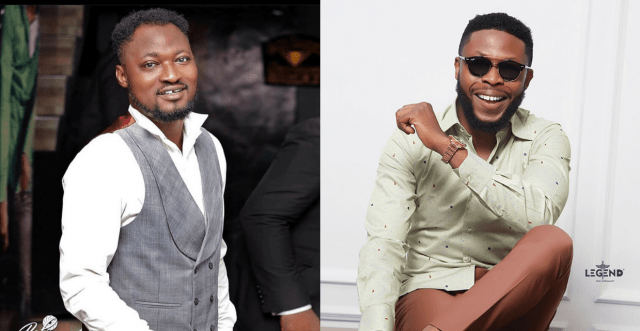 Richard Asante otherwise known as Kalybos has finally voice out as a reply to his immediate rival,Funny Face.

Funny Face,Ghanaian comedian went bitter on social bombarding his friends, Kalybos, Lilwin and Bismarck The Joke and even vowed to leaked their hidden secrets to the general public. Social media user found it very weird and surprising since this rift was taken to another level.

Kalybos has come out to give his version of the beef in an interview with Dr.Pounds on hit FM. According to the Ghanaian actor, he decided not to react to the allegations made by Funny Face because it was baseless and irrelevant.

He implied that,if you run after a mad man for you item,nobody will notice the difference between the two of you.