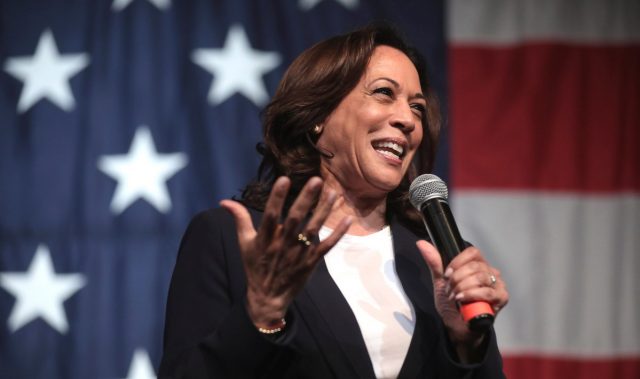 Kamala Harris, who on Saturday became America’s first female, first Black and first South Asian vice president-elect, represents a new face of political power after an election all about who wields power and how they use it.

The California senator’s history-making win also represents the millions of women in the demographics — often overlooked, historically underrepresented and systematically ignored — who are now the recipients of that new power for the first time in the country’s 200-plus-year history.

Harris and President-elect Joe Biden’s victory as projected by CNN, arrives days after a prolonged vote count reflecting a deeply divided electorate. It symbolizes a bookend to the Trump era, which followed the first Black US President and was buoyed social ills including White supremacy. Harris’ triumph, in particular, marks a new high point in a career of barrier-breaking accomplishments, from San Francisco district attorney to California attorney general to just the second-ever Black female US senator.

“That I am here tonight is a testament to the dedication of generations before me,” Harris said during her Democratic National Convention acceptance speech in August, mentioning women such as Constance Baker Motley, Fannie Lou Hamer and Shirley Chisholm.

“Women and men who believed so fiercely in the promise of equality, liberty and justice for all,” she said.

“You didn’t have to be confined by anyone else’s idea of what it means to be Black,” she told CNN’s Dana Bash on “State of the Union” in September. “You could be a fine arts student and also be class president. You could be homecoming queen and be the head of the science club. You could be a member of a sorority and be in student government and want to go to law school, and it encouraged you to be your full self.”

Over the course of her White House bid, Harris never shied away from mentioning that people attempted to box her in or doubted her as she sought to pave a path in politics.

As a Black and South Asian woman in an overwhelmingly White arena, Harris on her journey to the White House was something of a pioneer. And voters noticed.

Katerina Shadrach, an 11-year-old South Asian and White American, told CNN at an August 2019 Harris rally that Harris was her role model. Inside a packed gymnasium, Shadrach stood on the edges of the rally, next to her father, Sheldon, clutching Harris’ memoir, “The Truths We Hold,” as she waited for the senator who looked just like her to take the stage.

An aspiring US senator herself, Shadrach told Harris after the event of her ambition to chart a path like Harris’. According to Shadrach, Harris told her that “as long as I put my mind to it and I do the best that I can and be like the best version of me, I will be able to accomplish my goals.”

Seeing Harris on the Democratic presidential ticket a year later, Shadrach called the moment a “really big step” for girls and women who look like her.

That Harris is the first female, first Black and first South Asian vice president-elect is both an affirmation of her excellence — her skill as a debater against Mike Pence, for instance — and a reflection of the racism and sexism that punish women of color who run for executive office.

And while it’s true that Harris this week achieved yet more firsts, it’s maybe more accurate to describe these firsts as onlys — she became the only female, only Black and only South Asian vice president-elect.

That framing shines a less flattering light on America. But it’s more honest. It also hints at possibility — the possibility that Harris on Saturday opened up the door for women and girls who look like her to follow, to claim power for their own.

Harris’ mother put it best: “Kamala, you may be the first to do many things, but make sure you’re not the last.”