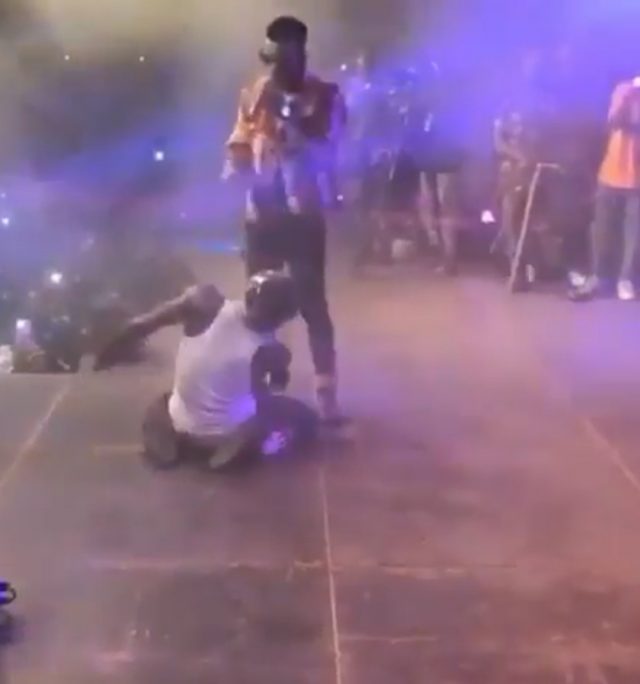 Made in Taadi is an annual concert which comes off at Takoradi in the Western Region.Usually,most artistes come on stage to give their best for their fans most especially in the festive seasons like Christmas.

Shatta Wale was on the bill this year,likewise of Kofi kinaata.Both artistes were seen on the  stage performing where Shatta Wale’s got in high spirits with Kofi Kinaata’s rap.He got crazier to the extent of leaving him on the platform and carrying Kofi Kinaata as a sign of glory.

Other artistes who were also on the bill to perform gave their best out on the said night.