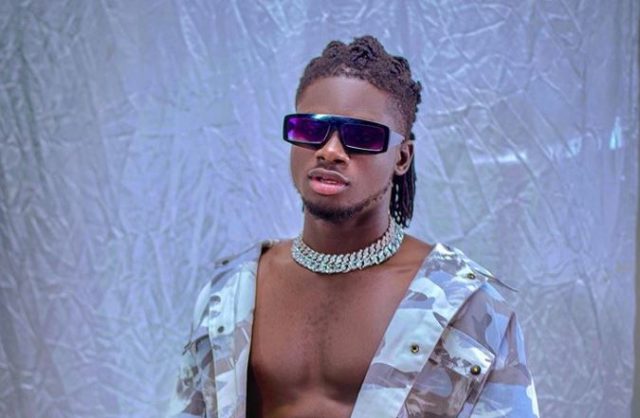 Kuami Eugene hosted a live concert at his hometown Akim Oda to express his gratitude to them for their support so far in his music career, thus, the Thank You concert.

As normally seen in the Ghanaian critic space,some bloggers according to Kuami Eugene reported that the show did not have a massive turn up as it should be looking at the main artiste on the bill.

The Wish Me well hitmaker could not hold his peace and decided to give a full picture of the people present the concert and evoked a curse on these bloggers who reported negatively.

To Those Blogging And Spreading Lies About Only 13 People showing up, May Sorrows never exit your homes . Shout AMEN 🙏🏾 Kuami Eugene tweeted.

To Those Blogging And Spreading Lies About Only 13 People showing up, May Sorrows never exit your homes . Shout AMEN 🙏🏾 https://t.co/fo8MvaP5y4

Kuami Eugene has over the period been a subject to ridicule and trolls from fans and other people on social media which he has made it known that all these criticisms seem to elevate more than bringing him down.

The Thank You concert was a success with various artistes coming down to support. The likes of his label mate KiDi, Okyeame Kuami, Kwame Yogot and many others were there to make the program a success.