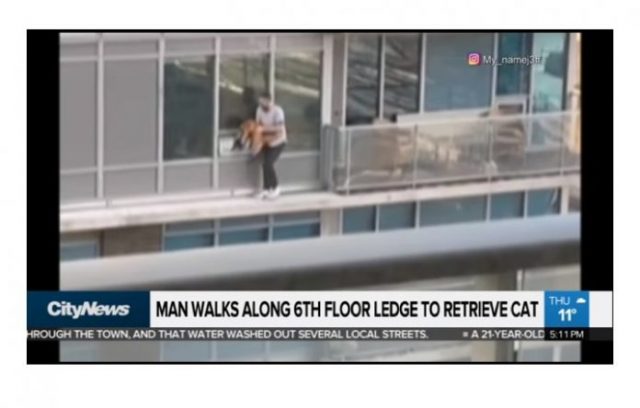 A Toronto man was caught on video walking across a narrow ledge six stories above the ground to retrieve his cat from a neighbor’s balcony.

James Powell, who lives across from the building where the scene unfolded, captured video of the man walking across the narrow ledge between balconies to retrieve the cat.

Powell said he wanted to urge the man to reconsider the dangerous move, but he was afraid of startling him and making him fall.

“There are so many things that I wanted to say,” Powell told CTV News.

Toronto police said the man’s actions weren’t illegal, but they urged residents not to try to repeat the stunt. 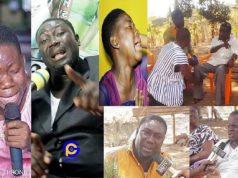 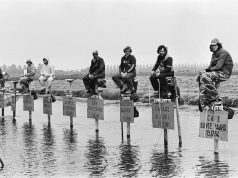 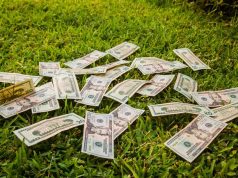 $30,000 fell off a moving truck & now police are asking people to bring the money back