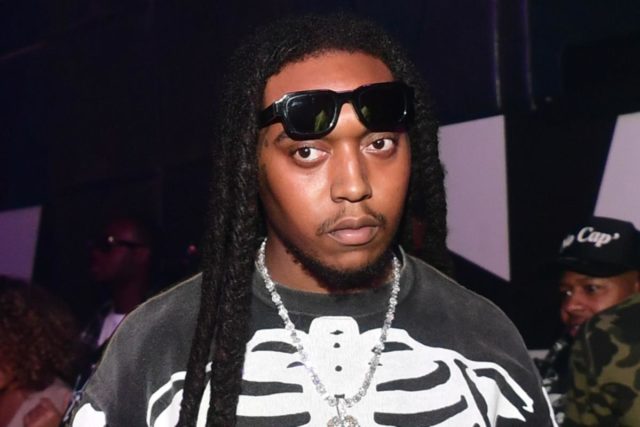 This article will inform you everything you need to know about Kirshnick Khari Ball, also known professionally as Takeoff. Takeoff is a Lawrenceville, Georgia-based rapper. Takeoff, along with Quavo and Offset, is best known as a member of the hip-hop trio Migos.

What is Takeoff’s net worth?

Takeoff is a $26 million-dollar-worth American rapper. Takeoff is best known for being a member of the hip-hop group Migos.

His uncle and cousin, Quavo and Offset, are the other two members.”Versace,” “Bad and Boujee,” “MotorSport,” and “Stir Fry” are among the group’s hit songs.

Migos earned a total of $25 million between September 2017 and September 2018. That figure was largely due to the group’s gruelling tour schedule, which saw them perform 93 shows in a single year.

With 4 billion streams at the same time, they are one of the most popular streaming acts on the planet. They earned $36 million between September 2018 and September 2019.

Takeoff was born in 1994 in Lawrenceville, Georgia, a town near Atlanta, as Kirshnik Khari Ball. His mother raised him, along with relatives Quavious Keyate Marshall and Kiari Kendrell Cephus. The boys grew up listening to Gucci Mane, Outkast, and Lil Wayne, drawing inspiration from their rap stylings.

Migos rose to prominence in 2013 with the release of their single “Versace.” It peaked at number 99 on the Billboard Hot 100 and number 31 on the Hot R&B/Hip-Hop Songs chart after being remixed by Canadian rapper Drake.

The song was later included in Migos’ mixtape “Y.R.N.” The group then released “No Label 2,” a sequel to its second mixtape, which was downloaded over 100,000 times in its first week. More success followed in 2014 when the single “Fright Night” reached number 69 on the Billboard Hot 100.

“Yung Rich Nation,” Migos’ debut studio album, was released in 2015. The album, which featured guest appearances from Young Thug and Chris Brown, debuted at number three on the Top Rap Albums chart and spawned the hit single “One Time.” It eventually reached number 17 on the Billboard 200.

In September 2015, Migos released a new mixtape titled “Back to the Bando.” Its first single, “Look at My Dab,” became a global hit by popularizing the dance move “dabbing” in many parts of the world. Migos collaborated with Rich the Kid on the album “Streets on Lock 4” in 2015.

Migos’ first number-one hit was “Bad and Boujee,” featuring Lil Uzi Vert, in 2016. It was the first single from the group’s second album, “Culture,” and it was certified four times platinum by the RIAA.

Takeoff, on the other hand, was not featured or credited on the track due to his busy schedule during its recording. In the end, “Culture” was released in January 2017, debuting at number one on the Billboard 200 and selling around 131,000 album-equivalent units in its first week. It went platinum in July of that year.

Migos released “MotorSport,” the lead single from its third studio album, “Culture II,” near the end of 2017. The song, which featured Trinidadian-American rappers Nicki Minaj and Cardi B, peaked at number six on the Billboard Hot 100. “Stir Fry,” a second single, reached number eight.

“Culture II” debuted at number one on the Billboard 200 in January 2018, becoming Migos’ second album to do so, selling 199,000 album-equivalent units in its first week. The album “Culture III” was supposed to be released in 2020, but it was pushed back because of the COVID pandemic.

Migos was scheduled to perform at Georgia Southern University’s spring concert in April 2015. However, the group ran into trouble early on, arriving at the stage nearly an hour and a half later than scheduled.

Furthermore, Migos performed for less than 30 minutes, in violation of the contract’s 45-minute time limit.

When the smell of marijuana was detected coming from the group’s vehicles, law enforcement went in to investigate and ended up arresting the trio and 12 members of the entourage for controlled substance possession, as well as possession of firearms within a school safety zone and possession of firearms by convicted felons, the latter charge due to Offset’s prior criminal record and incarceration.

Takeoff, Quavo, and six members of their entourage were released on bond two days after the incident; Offset and the six others remained in custody without bond.

Takeoff encountered more issues before takeoff on a flight from Atlanta to Des Moines, Iowa in July 2017. He was asked to leave the plane after allegedly refusing to move his bag from the floor to the overhead storage.

In 2020, Takeoff was named as the perpetrator in a civil lawsuit charging him with sexual battery, assault, false imprisonment, and other offences.

A female victim filed the lawsuit, blaming Takeoff for the abuses that occurred at a house party in Los Angeles. The Los Angeles District Attorney’s Office announced in 2021 that it would not file criminal charges against Takeoff due to a lack of supporting evidence.

Takeoff was confirmed dead after an early morning shooting in Houston, Celebritiesvibe.com has confirmed.

According to the report from Law enforcement sources, and multiple witnesses, the incident happened shortly after 2:30 AM on Tuesday, November 1, 2022. It was around that time when cops got the call for a man shot at a bowling alley called 810 Billiards & Bowling, Houston.

According to reports, Takeoff and Quavo were there playing dice when an altercation broke out and that’s when someone opened fire, shooting Takeoff either in the head or near his head. He was pronounced dead at the scene.

Celebritiesvibe obtained footage from the scene, and Quavo can be seen in an orange shirt and others gathered around Takeoff. At first, they tried to move him, but then put him back down, and Quavo yelled for someone to get help.

Police confirm that 2 other people were shot and were taken to the hospital in private vehicles. We do not know their conditions. Quavo was not injured.

Takeoff posted a selfie from the bowling alley just a few hours before the shooting. Earlier that night, Quavo posted a video of himself driving around Houston with Jas Prince, who was celebrating his birthday.

They came together as a group in Georgia in 2008 and went on to become multi-platinum hitmakers with their first major hit, “Versace,” in 2013. With “Bad and Boujee,” they reached number one on Billboard in 2016.

Recently, Quavo and Takeoff released a project as the duo “Unc & Phew.” They just released their latest music video, “Messy,” on Monday.

What is Takeoff net worth?

As of October 2022, Takeoff’s net worth is approximately $26 Million. What is this? Kirshnick Khari Ball, known professionally as Takeoff, is an American rapper from Lawrenceville, Georgia.

Who is the leader of Migos?

Quavious Keyate Marshall (born April 2, 1991), known professionally as Quavo is the leader is the Migos. He is an American rapper, singer, songwriter, and record producer.

Who is the richest rapper in Migos?

As a group, Migos’ net worth is roughly $80 Million, making their net worth estimates just over $26.6 million each, respectively. As a group, you cannot single out one as the richest.

When did Takeoff Die?

At the time of writing this article, law enforcers had not found the person who shot Takeoff dead. Takeoff was shot dead on Tuesday, November 1, 2022, in Houston.

In this post, we highlighted the net worth of Takeoff, a $26 million-dollar-worth American rapper.