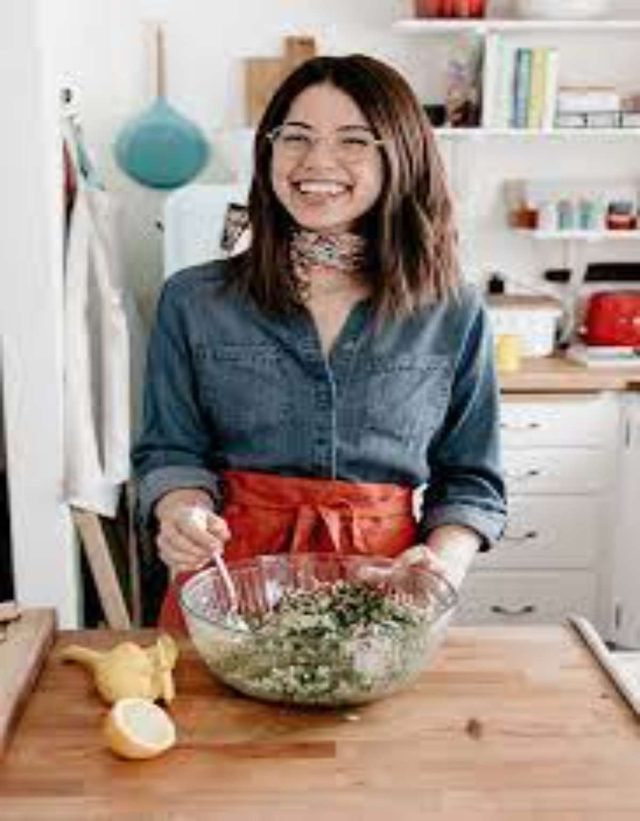 Who is Molly Yeh?

On May 22, 1989, John Bruce Yeh and Jody Yeh welcomed Molly into the world. She is Jewish, Chinese, and has some Hungarian ancestry.

Molly Yeh was raised in Glenview, Illinois, where she was born. Jenna, her older sister, is a chef; Mia, her younger half-sister, is also a cook. Glenbrook South High School was where Yeh attended.

With the publication of her autobiography, Molly on the Range: Recipes and Stories from an Unlikely Life on a Farm, she gained widespread recognition.

Yeh married fellow Juilliard music student Nick Hagen in 2014. When they were in college, they got together, and after they graduated, Hagen persuaded Molly to follow him to Minnesota so he could pursue farming.

Yeh’s passion for cooking quickly blossomed into a lucrative career that also enabled her to connect with neighbors in her new neighborhood.

The best cuisine is typically found in people’s homes, on their farms, and at church potlucks, according to Molly, who spoke to Glamour. “Home cooking has such a strong cultural presence.

Nick has family recipes that date back many generations, and he is still familiar with their origins.

Girl Meets Farm, a favored program on the Food Network, is hosted by Molly Yeh.

The Juilliard School alumna decided to pursue a career in food blogging rather than music, and she made the perfect choice. Yeh’s blog took off in 2013 as a result of her original and enjoyable cooking style.

Molly wrote her first book, Molly on the Range: Recipes and Stories from An Unlikely Life on a Farm, which was released three years later. Food Network made the announcement that Molly would host a brand-new show in 2018.

Yeh has a restaurant, Bernie’s, which named after her first daughter, Bernie. The restaurant is situated in East Grand Forks, Minnesota.

The menu at this restaurant is based on Molly Yeh’s years of experimenting with and preparing foods from her adopted Midwest. “When I moved here I was introduced to so many amazing regional dishes that I had never heard of before, things like hotdish, knoephla soup, lefse, cookie salad, etc., and a lot of these were things that you could only get if you looked through Church cookbooks and made them yourself or had someone make them for you,” according to Yeh.

Yeh and her husband said they were expecting their first child in November 2018. The delighted parents gave their child the name of their forefathers, Bernadette Rosemary Yeh Hagen.

They took Bernt, Nick’s great-great-grandfather who emigrated from Norway to create the farm where the family now resides, as the inspiration for the name Bernadette.

Molly Yeh has a net worth of $10 Million.

What is Nick Hagens net worth?

Is Molly Yeh half Chinese?

She is Jewish, Chinese, and has some Hungarian ancestry. Her mother is Jewish and her father is Chinese.

How did Molly Yeh get famous?

Girl Meets Farm, a new series on the Food Network, stars Molly Yeh. With the publication of her autobiography, Molly on the Range: Recipes and Stories from an Unlikely Life on a Farm, she gained widespread recognition.

Does Molly Yeh have a restaurant?

Yeh has a restaurant, Bernie’s, which named after her first daughter, Bernie. The restaurant is situated in East Grand Forks, Minnesota.

In this article, we talked about Molly Yeh, a food blogger: the most recent darling of the food media