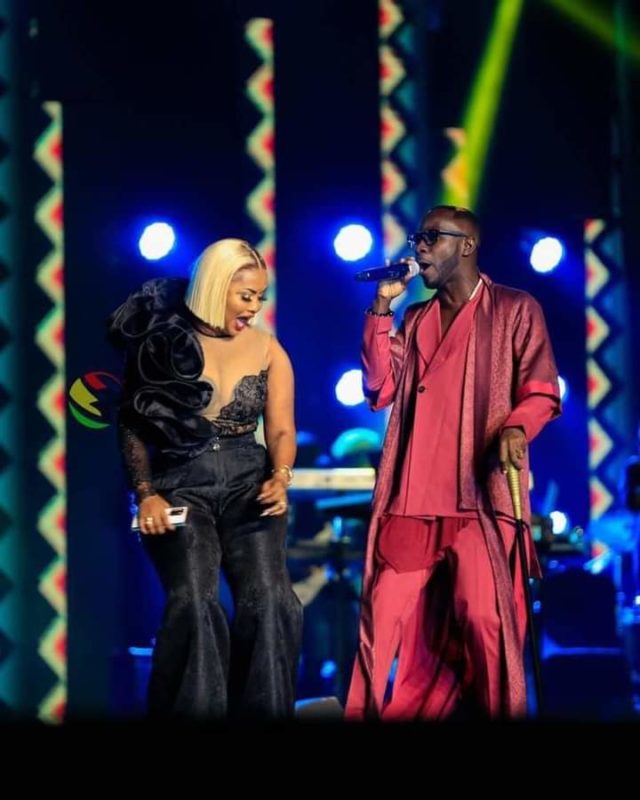 Ace Ghanaian rapper Okyeame Kwame and veteran actress and media personality Nana Ama Mcbrown has made most of the headlines after performing together on stage last night the Vodafone Ghana Music Awards.

Nana Ama Mcbrown was spotted at the event dancing towards the stage as Okyeame Kwame was giving an electrifying performance which got most people amazed and excited throughout the performance.

Okyeame Kwame at the red carpet on the day two of the awards ceremony stated when queried by Regina Van Helvert if his performance with Nana Ama Mcbrown was planned he said it came as a surprise to him as it did to viewers as well.

Okyeame Kwame explained that he was shocked and surprised seeing Nana Ama Mcbrown approach the stage and decided to up on to it and make the performance more lively.

As history accords Okyeame Kwame and Nana Ama Mcbrown was lovers back in the days even before the two broke up and got married to new people.

Both reunited with that electrifying performance and also a good taste for Ghana music and VGMA.