Gambian Actress called Princess Shyngle in her latest attention seeking quest sadly ended up rather adding “stealing” to the many professions she has already been accused of. Michael Essien and D black’s ex-girlfriend posted a picture on her Instagram page to tell a story about cheating men. 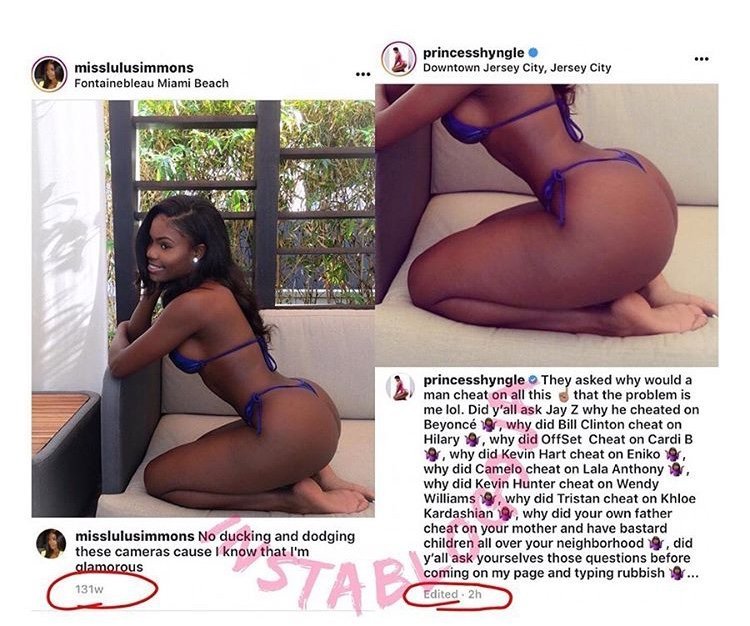 Shyngle’s post described that the a*s in hers, to make a point that it’s not her fault that men cheat on her. Later, the real lady whom her upper side has been cropped from the picture, Lulu Simmons, called her out for the photo theft. She asked Shyngle to get her picture deleted from her page. Lulu posted that same picture 131 weeks ago before Princess posting the picture but this time with a touch of edits and a filter.

The embarrassed clout-chasing Princess the blocks Lulu but later deleted the a*s photo she had stolen without any apology. Probably she is shameless or just care less about her integrity. However, the crowd are asking, why she stole an ass picture if she got a high self-esteem one? 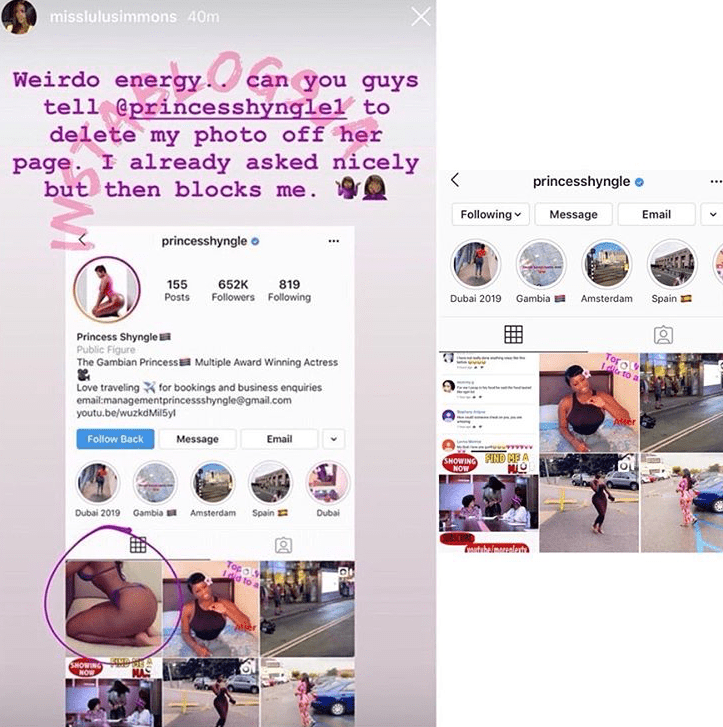