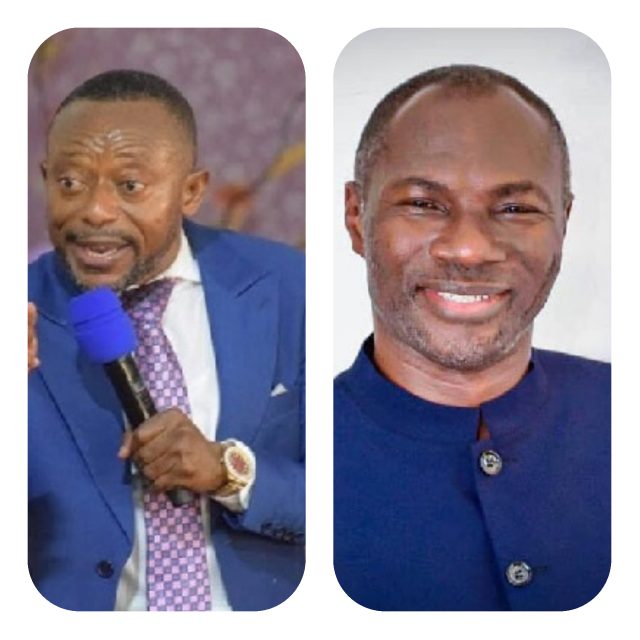 In Rev. Owusu Bempah’s quest to expose all the evil doings of his former spiritual son Prophet Badu Kobi has in recent times gone all out on him detailing every single dark plot of him.

Since he (Owusu Bempah) came to terms with the ‘evil’ deeds of Badu Kobi, he has made it his sole responsibility hit hard on him until he comes back to his ‘senses’ and disassociates himself from any occult relations.

In his newest of expose, Badu Kobi has kidnapped his junior pastor’s wife at an unknown hotel and constantly having an affair with her almost everyday.

Another profound revelation by the preacher affirms that Badu Kobi hired some people to kill his wife with the reason that he wanted to enjoy his pastor’s wife abducted at the hotel.

According to Owusu Bempah, Badu Kobi also has abducted the woman, his 15-year-old son and another child of her and has changed their identities giving them different names.

He threatened to storm the hotel where Badu Kobi has kidnapped his pastor’s wife and two of his children with the police and free them.

The preacher went on to say many people thought he denounced him because of their different prophecy about the 2016 General elections in Ghana.

But that wasn’t the case as the actual reason was that he had now become evil due to his association with Angel Obinim.

He dared him to come out and challenge him if he thinks he (Badu Kobi) is clean and has no relations with the demonic world.