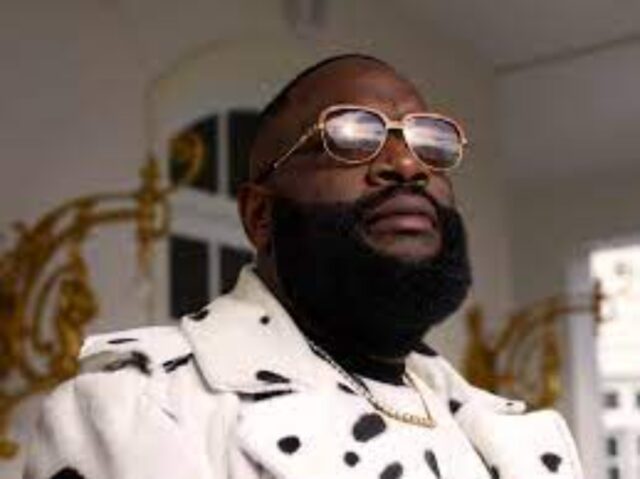 Who is Rick Ross?

William Leonard Roberts II was raised in Carol City, Florida, after being born in Clarksdale, Mississippi.

Rick Ross brought Miami back into the national rap spotlight with “Hustlin'” (2006), the platinum debut of a singularly larger-than-life character with gruffly delivered tales about the spoils and pitfalls of drug trafficking.

At the same time that Atlanta and Houston artists were establishing their cities as Southern strongholds. The rapper rose to fame as both an unexpected pop phenomenon and a mainstay of the hip-hop scene.

In addition, Ross founded the music company “Maybach Music Group” and was the first performer to sign with Diddy’s management outfit Ciroc Entertainment.

William Leonard Roberts II was born on January 28, 1976. He is 47 years old as of the time this article was written.

Roberts held the position of corrections officer for 18 months, from December 1995 to June 1997, when he resigned.

In the middle of the 1990s, Roberts started rapping and started a local group called the Carol City Cartel, influenced by rappers like Luther Campbell and the Notorious B.I.G. Roberts, who adopted the stage name “Freeway” Rick Ross after the Los Angeles drug lord, had a brief run on Houston’s Suave House Records, the former home of 8Ball & MJG, before moving on to Miami’s Slip-N-Slide Records, the home of Trick Daddy and Trina.

Rick Ross the rapper rose to fame locally during the early to mid-2000s thanks to his touring with Trick Daddy and cameo spots on a couple Slip-N-Slide albums.

Only one other headlining single by Ross entered the R&B/hip-hop Top Ten from 2015 to 2019: “Purple Lamborghini,” a Skrillex duet that was nominated for a Grammy in the category of Best Song Written for Visual Media.

The most popular hit on which Ross appeared was Khaled’s “Do You Mind,” and he continued to soar with his studio albums.

After his tenure with Def Jam came to an end in 2015 with the number six hit Black Market, Ross signed with Epic, reuniting (though briefly) with former Def Jam executive L.A. Reid.

Rather You Than Me

Ross’ third-place submission, Rather You Than Me, marked the formal beginning of his new chapter in 2017.

The 2020 Grammy Awards have nominated “Gold Roses,” a Drake-assisted song from the album, for Best Rap Song.

In that year, Ross collaborated on a number of projects, including “Entanglement” with August Alsina and “Pinned to the Cross” with Finn Matthews.

Rick Ross is one of the wealthiest rappers in the world with a net worth estimated at $45 million.

Despite not being married, Rick Ross is the father of Toie Roberts, William Roberts III, Berkeley Hemes, and Billion Leonard Roberts.

How much is Rick Ross currently worth?

Rick Ross is one of the wealthiest rappers in the world with a net worth estimated at $45 million.

How Old Is Rick Ross?

William Leonard Roberts II was born on January 28, 1976. He is 47 years old as of the time this article was written

Does Rick Ross have a wife and kids?

Despite not being married, Rick Ross is the father of Toie Roberts, William Roberts III, Berkeley Hemes, and Billion Leonard Roberts.