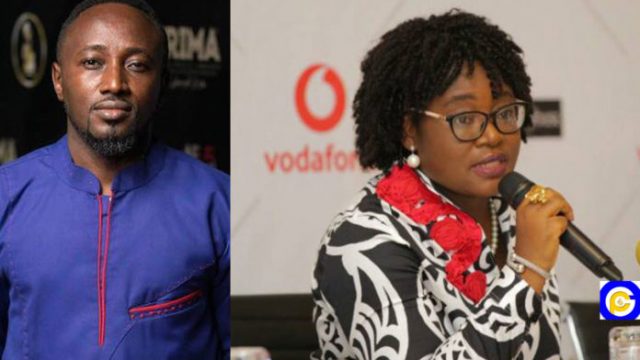 Entertainment pundit George Quaye, after facing censorship for comments she made about Stonebwoy and Shatta Wale, came out to explain statements made by Charterhouse CEO Mrs Theresa Ayoade.

In a recent press conference, Charterhouse CEO Mrs Theresa Ayoade made some statements that were addressed to 2 of Ghana’s top singer Stonebwoy and Shatta Wale, who did not go well with them.

She said in her statements: “Will you help the industry to rise above these two, as the media? Let’s get over these two and let the industry relax and move forward. Sarkodie won the decade’s artist, and none even spoke about it.

The business is bigger than these two artists and I want you to come back with that. There are lots of young people who need the chance so let’s move on, “she said at a press conference.” Nevertheless, George Quaye clarified that the statement was made in context and in no way meant to defame their music careers or to some degree perish.

The former PRO for Charterhouse told Andy Dosty about making the next Vodafone Ghana Music Awards a great show on Tuesday at Daybreak Hitz on Hitz FM, that the organization had called a press conference to receive feedback from industry players and media.

Again in his submission during the interview, George said for over an hour journalists and other invited guests were firmed on Shatta Wale and Stonebwoy although the organization in 2019 announced the ban of the two artistes from the scheme

He further disclosed Charterhouse does not have anything against the two artistes neither are they aiming to ostracize them.