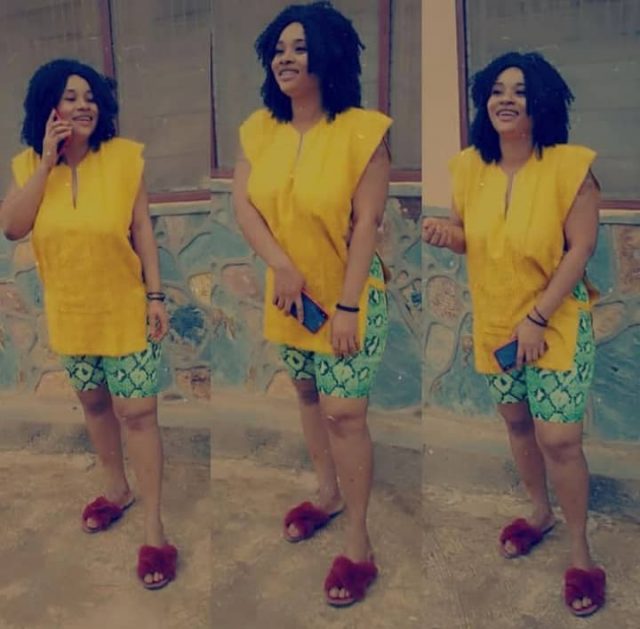 Ama seemed to be hyper during her display which led to harassing her.All de young men present were eager to touch her and some even got de chance of doing so do which was terrible.

Coincidentally, she was electrified after going backstage for her prize. Nobody knew about this until she fell down after going down stage.

Unfortunately for her there was no one to offer her help since they knew she was still in the twerking mode. But as at that time she really needed help.

As her friend shared this sad story,she ended that Ama Broni was not able to hold her life and she passed away upon reaching the hospital.