One of the most exciting industry beefs Ghanaian still hold in memory is that of Strongman and Medikal in 2019.

The musical feud generated a whole lot of concern and public attention to both rappers’ skills, wordplay, punchlines and diss in their rap content.

The beef eventually ended in a friendly competition between the two where Strongman featured Medikal on his Bossu song off the 10am Album in 2020.

Although both Strongman and Medikal seem to be in good terms now but social media and it users wont let go.

Not long ago Strongman tweeted in a form of query for a rap battle between himself and Medikal. Also added that oneof them will away from the stage.

Reacting to the tweet, Medikal retweeted that fans of Strongman will see the one who will run away from stage. 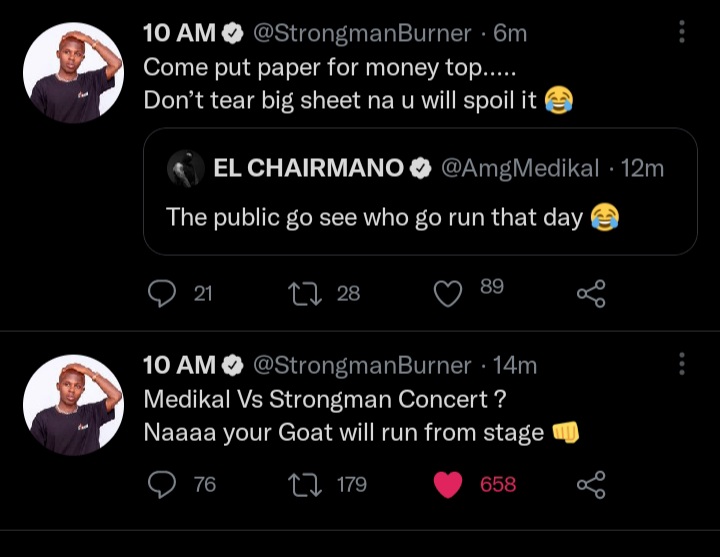 Reactions from fans of both rappers have also been quite amazing and Celebritiesvibe.com wont stay adamant in reporting more news on this.