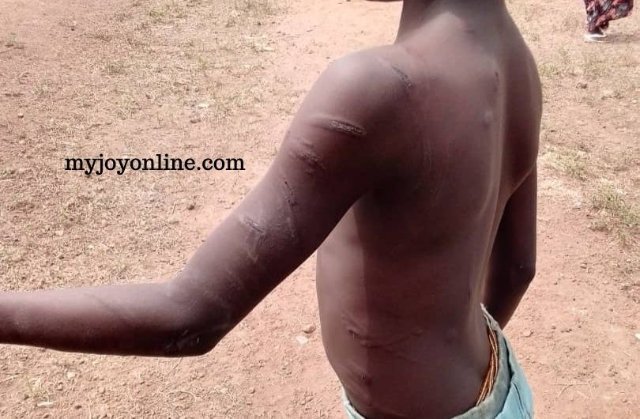 A teacher at Nkwanata South M/A Redeem Basic of the Oti region has canned a nine-year-old pupil to the point of injury for criticising the taste of her ‘sobolo’ drink. 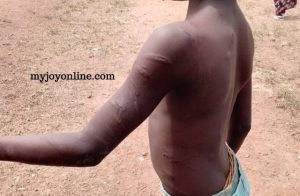 The pupil (name withheld) sustained multiples injuries on her body as she was severely beaten by her class teacher whose name given was only given as Madam Magdalene.

According to Adom News’ Obrempongba Kwame Owusu, the student was physically assaulted last week Friday after she complained to a friend in the school that the sobolo drink sold by the class teacher was not sweet.

According to her, the teacher called her and made her kneel down and called someone to bring her a cane to discipline her.

The student said even the intervention of a Primary 2 class teacher who chanced on the assault did not convince Madam Magdalene to stop beating her. 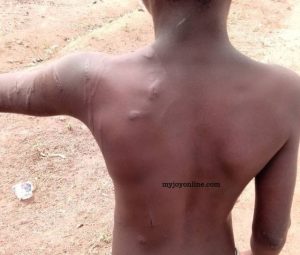 She told the reporter that the teacher told the class she wants to leave marks on her body to take home to show for her lack of indiscipline.

The pupil claims the teacher also said unsavoury things about her mother.

Isha Razak, mother of the nine-year-old said she is pained and does not understand why the teacher keeps inflicting pain on her ward.

According to her, the teacher takes delight in assaulting her daughter even for making little mistakes in class.

Disclosing that this is the fourth time her daughter has come home with cane marks on her body, she said the teacher calling her a whore in front of her daughter and other people is not something she will take lightly.

She wants school authorities to take up the issue and deal with the teacher.

On his part, Jonathan Korsinah, the Nkwanata South Education Director, noted the directorate has already set up a committee investigate the case.