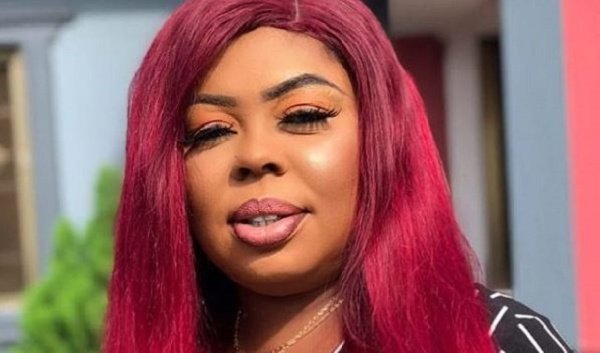 Outspoken media personality and social media activist,Afia Schwarzenegger has painted TV3 black for how they sacked Abena Korkor due to her actions on social media.

Following news related to this issue,Afia Schwarzenegger narrated in an interview with Cbbloggh on Instagram that Abena Korkor is suffering from a mental illness with which TV3 was aware of even before employing her.

However,she stated that TV3 can be applauded for helping Abena out in a situation like this but i was wrong for them to sack her because they claim her actions was disrespectful to their reputation.

Afia Schwarzenegger founds this act of TV3 disdainful to the extent of bashing other news presenters on TV3 for unfollwing Abena Korkor after the incident for no tangible reason.

Abena Korkor is noted on social media to be posting naked pictures of herself which has lead her to loose her job as a presenter on TV3.

Apparently,Abena Korkor happens to suffer frim Bipolar disorder which seem to be incurable but can be managed by rehabilitation and and constant support from the society.