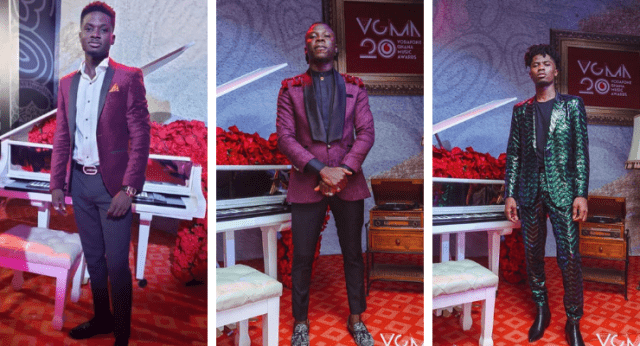 Annual Vodafone Ghana Music Awards 2019 was held on Saturday 18th May 2019 and it was well attended by celebrities all over the country.

Vodafone Ghana Music Awards (VGMA) is the biggest music night which is honors and celebrates musicians from Ghana who have raised the flag of Ghana high through music.

This year’s awards night was special because it happens to be the 20th anniversary since the institution ofVGMA.
In line with this, Artist of the Decade was put in place to honor the artist who has been phenomenal throughout the decade.

The night also saw spectacular performances from some of the A-list artists in the industry and was hosted by Veteran media personality, Kwame Sefa Kayi

Below is the full list of winners at VGMA 2019

Artist of the Decade
Sarkodie

Hiplife Song Of The Year
SHATTA WALE – My Level

Gospel Song Of The Year
Diana Hamilton – Mo Ne Yo

Rapper of the Year
Medikal

Best Video of the Year
Come and See My Mother-Mzvee

Record of the Year
Hye Me Bo – Akwaboah

Hiphop/Hiplife Artiste of the Year
Medikal

Most Popular Song of the Year

Album of the Year
Rockstar-Kuami Eugene

Instrumentalist of the Year
Mizter Okyere

Producer of the Year
Kuami Eugene

Congratulations to all the winners