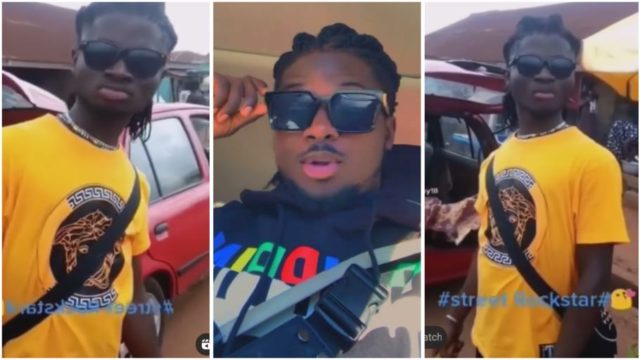 Eugene Kwame Marfo affectionately known as Kuami Eugene, award winning Highlife sensation has gifted his look-alike fan a some of USD100 for paying a courtesy visit to him on live radio.

Kuami Eugene who happens to be in Kumasi at the moment to promote and unveil is upcoming EP the Afro Highlife EP met his look alike fan in one of his radio interviews.

In an interview with Ike De Unpredictable on Angel FM’s(96.1) Angel Drive, Kuami Eugene was introduced to his look alike and biggest fan who came all the way from Techiman the capital of Bono East region just to show love to his favourite artiste.

After having a wonderful studio session and interview the ‘Dollar On You’ crooner dashed his ‘almost twin brother’ $100 to use as a take-home to Techiman and also as a sign of appreciation for his support to his craft.