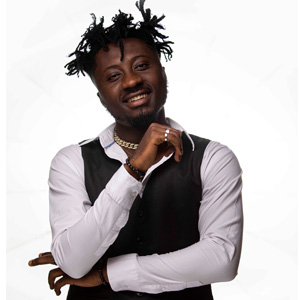 Young rap sensation Amerado Burner has caused a stir on social media with his hot freestyle session at Tim Westwood in UK .

If we recall Amerado among other young musicians in Ghana that is the likes of Mr.Drew, Kweku Flick, Sefa, Yaw Tog and many others were in the United Kingdom to perform at the Ghana Party in the Park show.

Among other schedules during their stay there, rappers like Amerado, Yaw Tog and Kweku Flick were chanced to have a freestyle session which ace recording studio Tim Westwood.

There, Amerado Burner delivered so well that got everyone talking about his freestyle with amazement. Amerado delivered correct word play, punchlines and to top it all sold the Ghanaian music industry to the peak with his freestyle.

He rapped on the talents the industry holds, performance of various artistes and how all the industry players will go.

Adding to this he crowned himself as the best rapper with which after watching and listening to the freestyle you will undoubtedly know he is.