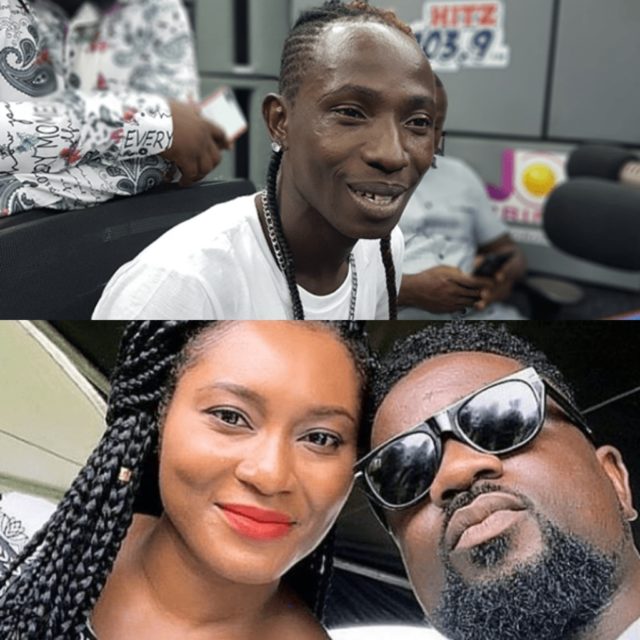 Popular ghanaian musician, Justice Amoah, also known as Patapaa has dragged the wife of Ace Ghanaian rapper Sarkodie into his misunderstanding with him.

Patapaa Amisty, as he is affectionately called has over the period jabbed musicians like Sarkodie, Shatta Wale, Amerado etc for mentioning his name in their song.

One Corner crooner claims that his brand used in these songs of the musicians are used in negative context and it’s high time he disciplines them for such disrespect.

Patapaa in an interview on Bryt TV was spotted throwing jabs at Tracy Sarkcess, Sarkodie’s for not advicing her husband to desist from using his name and brand in the song.

In the interview, Patapaa stated that Tracy Sarkcess was not a good woman enough to instil some sense into Sarkodie and for that matter he is going at them both.