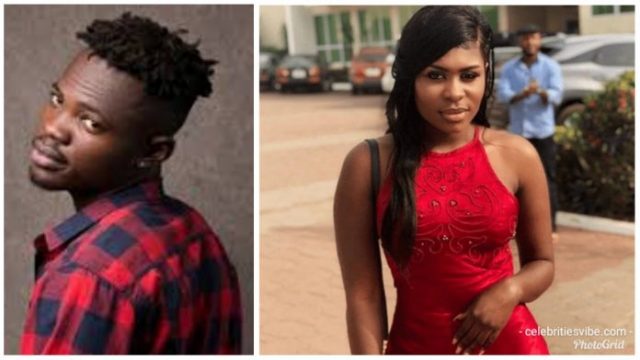 For weeks now, Maame Yaa Jackson has been dominating the airways with her new banger, “Ehwe Papa” which she featured new sensation, Fameye.

The song which praises men/ who takes good care of their men and women has been received very well by the teeming millions of Yaa Jackson fans like they did for “Tear Rubber”.

Fameye lived to expectations and deliver some heavy bars on the song. Fameye is gradually making name for himself as one of the best rappers in Ghana.

Fameye played the good boyfriend of Yaa Jackson who takes very good care of his woman in the music video for “Ehwe Papa”. And of course, they look good together.

Watch the music video for “Ehwe Papa” below

Before music, Yaa Jackson was known as one of the best actresses at Kumawood. But she surprised everyone when she proved to be a better singer than she is at acting.

However, her free lifestyle seems to bother a lot of people who criticize her too harshly at times but it still does not take away the fact that is one of the best female singers in Ghana now.