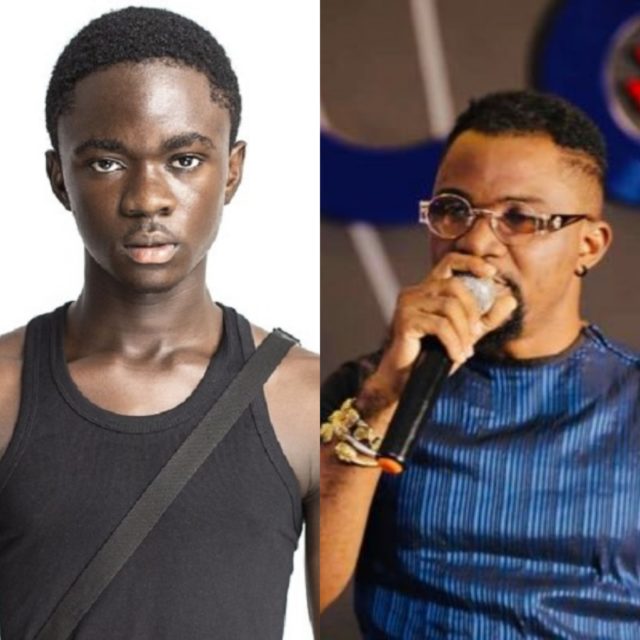 Mr.Logic on HitzFM Day Break Hitz show earlier today asserted Yaw Tog is a good musician but he doesnt make any sense in his songs in the airplay.

He made emphasis that Thorston Owusu Gyamfi also known as Yaw Tog is very talented but his songs are senseless meaning they do not provide any form logical reasoning to listeners.

Mr.Logic mentioned that talent and making sense in music are two different things and that is why Yaw Tog’s mother is pushing to go back to school for him to gain something in his career.

.@YAWTOG_ doesn't make any sense in his songs. It doesn't mean he is not talented. There is difference in talent and making sense. Why do you think his mother is pushing him to go back to school? Through that, gradually he'll gain something from that – @MrLogicMusic #DaybreakHitz

Yaw Tog is a young artist from Kumasi in the Ashanti region and is best known in the Drill music genre. Being one of the fast rising artist in the country now he has debut hits like Sore,Sore Remix with Stormzy from UK and Kwesi Arthur and also having an EP titled Time EP etc.

Throwing more lights on the young rapper,he was acknowledged as BET’s Amplified artist for the month of April and setting a record on YouTube as first ghanaian artist to reach a million views in twenty-four hours.

Most people have reacted to Mr.logic comment so far with some acknowledging his comment and others expressing their disdain.