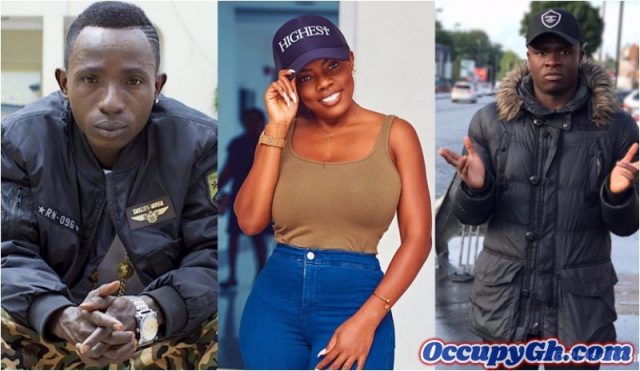 According to Nana Aba Anamoah, you are a hypocrite if you ever jammed to Michael Dapaah’s “Man’s Not Hot” song and frowning on Patapaa’s “skopatomana” song.

The Gh One TV news editor, unloaded her anger on people who were criticizing her for endorsing Patapaa’s “skopatomana” challenge which has seized the trending spots on social media.

Once upon a time, Ghanaian-British comedian, Michael Dapaah, shook the globe with his “Man’s Not Hot” song, which has some similarity to Patapeezy’s viral verse because both rappers on their songs, did not make any meaningful statement, with their lyrics which many find hilarious.

However, according to Nana Aba Anamoah, some people enjoyed Big Shaq’s tune but are considering Patapaa’s latest as something unnecessary which doesn’t deserve any worthy attention.

She made the comments via her Twitter account, where she has been promoting Patapaa’s challenge which has even attracted comments from Sarkodie, Medikal and others.