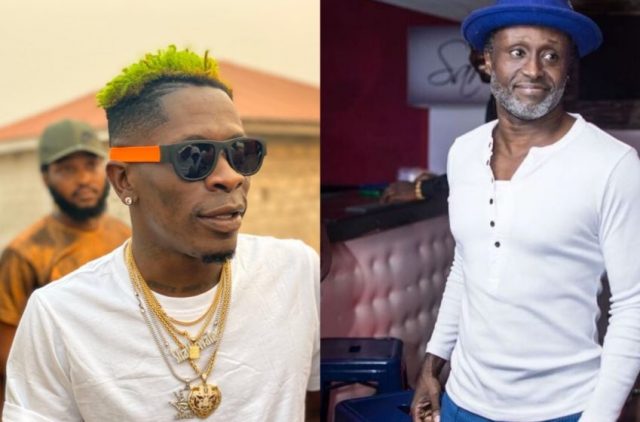 Shatta Wale is not taking any nonsense from any artist in Ghana irrespective of who the artist claims to be; not even Reggie Rockstone, the grandpapa of Hiplife.

Just a few hours after Reggie Rockstone went live on social media to educate Shatta Wale on his achievements, the Dancehall King has hit back.

Shatta Wale insists Reggie Rockstone despite all the accolades he wants to heap on himself has achieved nothing from Hiplife and certainly left no legacy for the music genre.

Shatta Wale shockingly revealed that Reggie Rockstone still lives in his father’s house with his wife and children because he is too broke and can’t afford his own house.

Shatta Wale did not end there, he revealed that the whole originator of Hiplife in Ghana, Reggie Rockstone now sells Waakye to make ends meet.

He warned Reggie Rockstone to be very careful when addressing him because he is not one of his small boys and won’t be intimidated by his so-called achievements.

It all started when Shatta Wale addressing Sarkodie’s new diss song ‘Sub Zero’ said he blames Reggie Rockstone for Sarkodie’s recklessness because he left no legacy for the genre.

Reggie went live on social media and listed his achievements and threw a subtle jab at Shatta Wale for making the ridiculous claims.